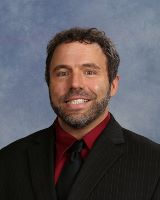 Mr. James N. Howard, M.Sc. will be interviewing for the position of superintendent with the board of education on March 26, 2021.

Mr. James N. Howard is the final of four candidates that the USD 335 North Jackson board of education will be interviewing. Candidates were selected for interviews based on their fit with desired characteristics that were developed with input from focus groups and an online community survey utilized during the search process.