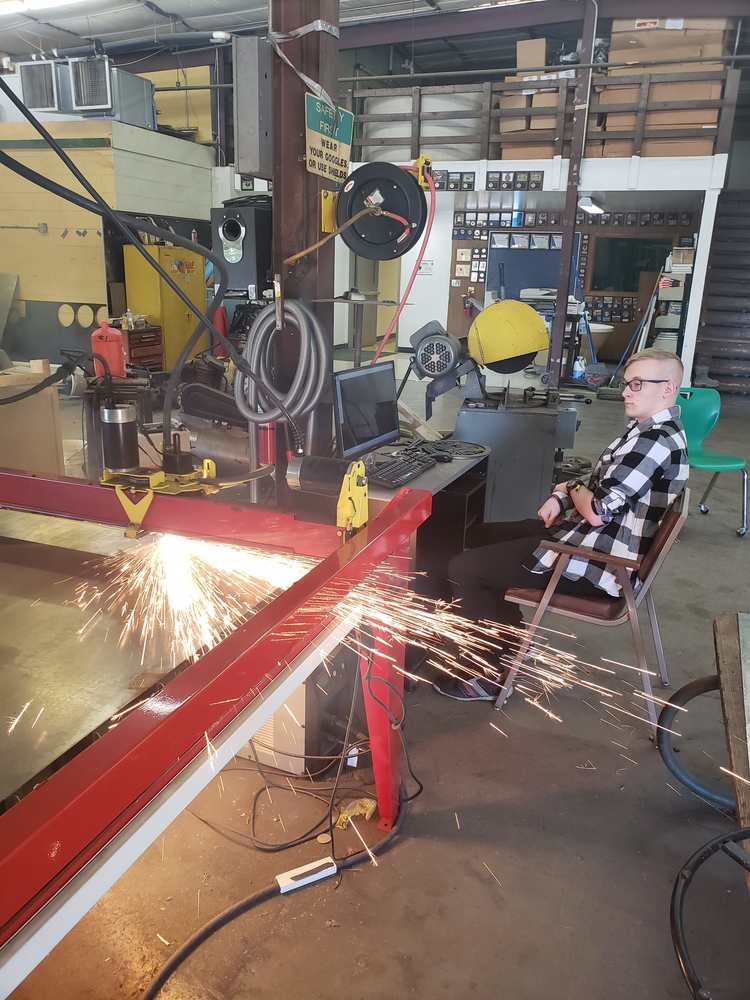 What do you do when the Jackson Heights High School and Middle School needs more shelving dividers in the library, but the part is no longer made?  Hand the project over to sophomores Colten Browning and Dyllon Wilson to fabricate them using the school's computerized plasma cutter.  As part of Paul Lierz's Ag Mechanics class, Browning took measurements of the shelving dividers and created a cut file using DesignEdge software.  He then sent the file to the computerized plasma cutter.  After the dividers were cut, Wilson used an angle grinder to quickly smooth edges and remove any slag.  The metal tabs at the end were bent 90 degrees and the final dividers were painted black.